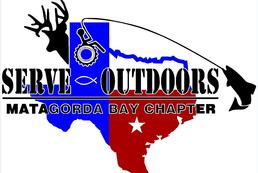 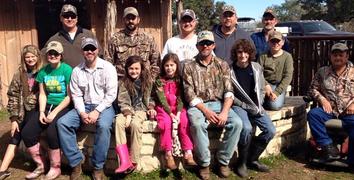 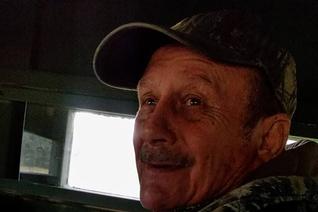 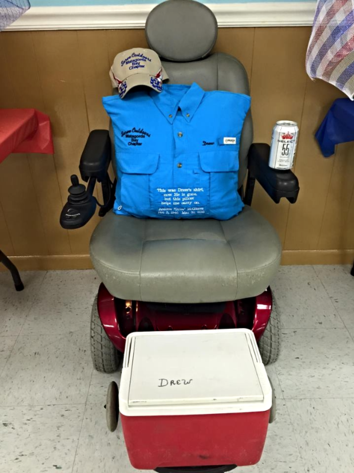 In remembering their Matagorda Bay Chapter of Serve Outdoors mentor Drew McGinnis, friends said few persons could “fill his one shoe.” Andrew James “Drew” McGinnis Jr. passed away while on a Serve Outdoors turkey hunting trip to Cuero, Tx. He was 68. McGinnis, like many of the U.S. military veterans he worked with, also was disabled. A vet himself, McGinnis lost a leg later in life. It was just that McGinnis never saw himself as disabled.

“It kind of started way back,” Sharon McGinnis, Drew’s wife, said. “He had to have his foot amputated and he saw the struggle it was for those servicemen who had also lost a leg or arm to deal with it. I think he felt that God called him to help them get through that. “He was always a very outdoor person. And he didn’t allow his disability to hinder him.” According to his wife, McGinnis’ interest in taking a more active role in providing opportunities for hunting and fishing trips for veterans really came into focus after meeting Missouri resident Al Smith who introduced him to Serve Outdoors. “It was through that that he and I got involved,” Sharon said. “He saw that as his calling.” In addition to founding the Matagorda Bay Chapter, McGinnis also helped to organize two other chapters in Texas, the Lone Star and New Braunfels Chapters. “He had a heart attack in 2002 and while they were trying to revive him, he said he had a dream that came from God he should be helping people. He was always a very religious person as well as being a very patriotic person,” said Sharon.

“He served in the U.S. Navy during Vietnam and remembered how those soldiers and sailors returning home were not recognized as the heroes they are. Now they are being recognized for their service and that was something he was proud to be a part of in his life.” In his last months, McGinnis lost his other leg and was confined to a wheelchair. A potential setback for others, he saw it as just another opportunity. “While he was in a wheelchair for now, he already had a new leg made and was working so he’d be able to walk again. In fact, we learned that he was going to be receiving a ‘track’ chair (a mobilized wheelchair with treads that would allow him to move around in the outdoors without assistance.) He just loved being outdoors and with those veterans so much,” Sharon said.“He was good at getting along with everyone,” she said. “He just loved people.”

Also a resident of Markham like McGinnis, Scott Cheek met him through HEB Unit Director Clint Hewitt who, was asked by Drew to take the reins. Clint accepted the role on the condition that he could enlist a few dedicated and close friends. Drew had a sparkle in his eye that just told you it was going to be interesting.”  He had amassed a vast network of folks he’s assembled with the big connection being the desire to help others. Over Drew’s last year, he took meticulous notes, and those of us who are carrying out his mission were each truly and personally inspired by our hero, Andrew “Drew" McGinnes
Impressions of Drew .......
“Drew took us all under his wing.”
“For Drew, giving to others was an infectious disease and we all caught it!”